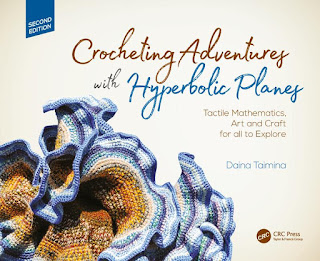 It's been a year now since the 2nd edition of my book "Crocheting Adventures with the Hyperbolic Planes" came out. I was reluctant originally to work on it because my original publisher AK Peters was gone - bought by CRC Press. The editor of CRC Press was patient and persistent talking me into making this 2nd edition promising that it will be a beautiful book, that CRC Press will do very good advertising, that they will make sure the book will get the attention it deserves as a winner of Euler Book Prize etc. David was willing again to do typesetting, he was so enthusiastic of that. I wanted to devote this book to him, he was humble about that and suggested that it should be in memory of Bill Thurston. Last year my beloved high school math teacher would turn 100, so I chose to devote this book to three men who each in their own way showed me the beauty of geometry. I had a certain reservation of putting David's name between names of two men who were dead. David said that it is ok, that he is happy with that. It was our last completed writing project together...

When the book first came out and I saw its high price, I knew that it will be a failure, it will not sell. In following months indeed I saw sales rising on 1st edition which was cheaper. Well, sales... I better do not follow Amazon author sales rank. If I look there, it makes me deeply regret we spent time working on this book instead travelling to places we dreamed to go during our last year together...I was asking CRC Press to provide me with the list where they have sent review copies, they just brushed me away saying that they have widely sent out copies for review and reviewers are just too busy, that it will take about a year to see reviews. Now the year is gone and thee is exactly one review - on Amazon customer's review giving 5 stars to the book and saying: "Amazing and insightful. Hyperbolic geometry is common and extremely useful, but the subject is almost always taught in an arcane way. This book allows a more intuitive approach in understanding, which is critical for applied mathematicians."

During this past year I have seen other books coming out and their promotions and advanced praises, reviews - I am happy for those authors having great agents and nice publishers. I will never ever work with any academic publisher. After the accident which killed David, I was not able even to look at my book without deep sorrow thinking of wasted time. Until an e-mail came...

Few weeks ago I received a letter from Amanda Shayna Ahteck which I will quote in its entity (with the permission of its sender). It brought back in me the pride of an educator, that great happiness of making at least a small change in this world, inspiring young minds to create. Now I have a strength to work on a project we were both planning on doing this winter. It is hard to do it without David but I have to make sure that his vision of geometry will stay alive and through his writing he will continue to teach.

"My name is Amanda Shayna Ahteck. I’m currently a senior at Holmdel High School and I’m writing to you today to just say how much your work has inspired me.
I saw an article about you in the SAT reading section for the December 2017 SAT exam. Although I may not remember anything else from that standardized test (good riddance), the main points of the article really stuck with me. It was just amazing how you solved the decades-old problem of hyperbolic plane models with a little insight from your childhood activity of crocheting. I went home and searched up “hyperbolic crochet” and listened to your TED talk. I ended up sitting for a few hours after I found a PDF explaining the stitch increases as they related to the equation’s exponential growth, picking up some teal acrylic yarn and a 4.00 mm hook to crochet my own hyperbolic plane.
This experience changed the way I look at mathematics. It was hard to find the equation intimidating when it’s a cuddly concept made of acrylic yarn. I so appreciate the beauty of mathematics and some artistic insight. Suddenly I saw the connections between conic sections in my calculus class and the transformations to shapes and paths I could make as an amateur graphic designer in Adobe Illustrator vector graphics. (I suppose that should have been my first clue, vectors in graphics, but now I just wonder why they don’t teach it in high school with at least some kind of digital art application.)
In a different way, your repurposing of crochet technique for mathematics inspired another interesting project of mine. Later in my junior year of high school (early 2018) I was crocheting under my desk in physics class. Of course, I knew I should have probably been paying more attention to my teacher, but while he was explaining the resistance and resistivity formulas, I was connecting to the crochet in my hands. I could see how a wire with the geometry of a chain stitch would stretch when pulled, decreasing its thickness, increasing its length, and changing the resistance. With an elastic band through the core, the chain would contract back to the looped geometry of the chain stitch, separating the threads and returning to the original resistance.
So I borrowed some stainless steel conductive thread from my school's Makerspace and sought to crochet a bunch of these stretch sensors. I tested their resistances with a multimeter, assembled them with a programmed microcontroller, and ultimately created a prototype for a device that rests on the back of your hand and on the second knuckle, allowing you to type in mid-air. I called the project, the “midiKEY” after its usage of midi rings that rest above the second knuckle and the whole function of mapping different combinations of sensor input to send certain keystrokes over a Bluetooth signal.
I wrote a (very informal) paper on its development and submitted it to the Regeneron Science Talent Search, where I was named a Top 300 Scholar, the first in my high school’s history to ever do so. I’ve presented my poster and prototypes to the Jersey Shore Science Fair, my region’s first round of qualifications in the process leading up to the International Science and Engineering Fair ISEF, and placed first in the Engineering category with an award of recognition from the local IEEE chapter. I’ll be presenting at the next level of competition in early April, with high hopes. I’m working on a patent or two soon, but there’s still some homework and problem sets to be done.
It’s been an incredible experience. I know it’s fairly far removed from real academia and real research and everything, but I’ve loved the outreach opportunities that have come with these competitions. Being able to explain what I’m doing to the public both old and young alike is just the most fulfilling thing. I keep tangible models of my sensors around my display so that people can truly visualize, stretch, and interact with it, like we should interact with any mathematics or science concept anyway. In presenting to the public, I’ve represented my school, advocated for Makerspaces, and even made contact with other high schools in the area to help kickstart their own research programs. Of course, I look forward to getting involved in academic research in my college years, but I feel as though early encouragement about path of inquiry integrating classwork outside the classroom set me on an inspired course.
But I just wanted to thank you and all your work. That little bit of insight from my similar childhood experience with crochet and your story inspired me so greatly. " 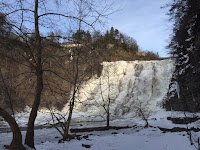 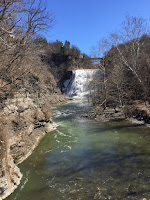 Posted by Daina Taimina at 9:17 AM No comments: Links to this post