Where I grew up 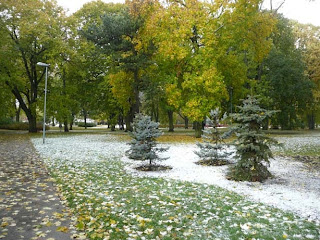 I arrived in Riga from Washington to find the snow which melted in couple hours letting still to enjoy colors of autumn leaves. So far it has mostly been raining (or wet snow) with some wonderful exceptions of bright sunshine, allowing me to take some pictures of my native city.
﻿﻿﻿
﻿ ﻿﻿ These houses in Old Riga were built against the medieval city wall. 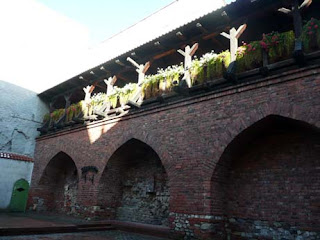 I love to walk in Old Riga to find houses nicely restored. 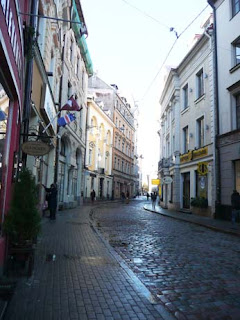 It is clear that tourist season is over, also some of my favourite places on this street has disappeared due to current economic crisis.
﻿
﻿ 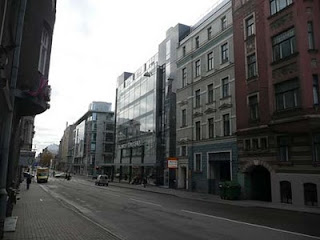 Those two modern buildings are bult on place of two story wood buildings across the street from ours. 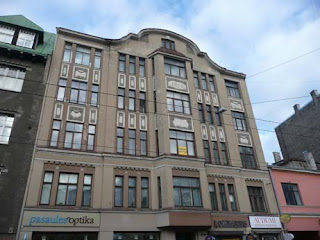 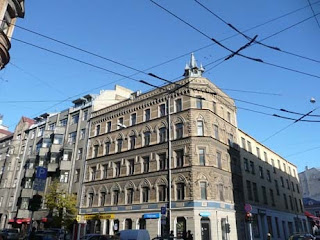 This is the next street corner.

Across from the  building above is this three story building which was the newly built furniture store where my mother worked. I liked to go there because they had whole rooms on display and they were so different from the one we lived in. But mostly I liked to sit on the windowseels while waiting for my mother and watch the street. That was so much more fun than looking out the window of our room. 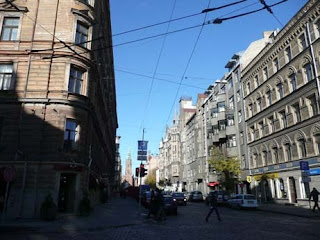 Turning on the same corner to the other direction I was taken for a longer walk - usually towards the church you can see at the end of the street. 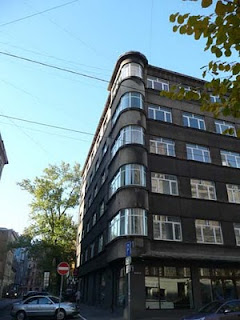 This was a modern building I guess in 30-ies and still counted as modern and fancy in 50-ies. Pancake place I mentioned before is at the other end of this little street. 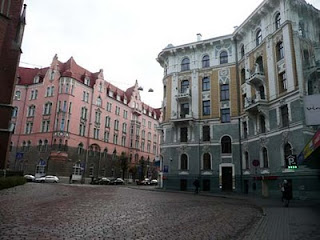 I was very happy to see that bending houses around the church are nicely restored. 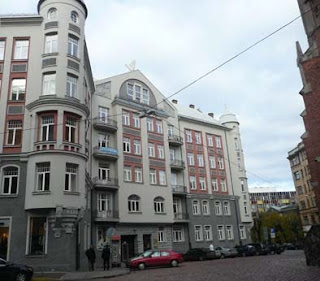 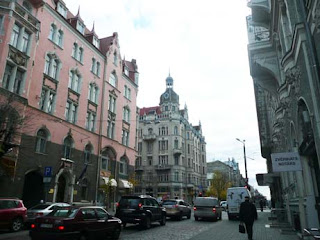 On the way back from a walk around the church if I was lucky we would stop in shop that was in the building you see in the middle. There were candies plain and fancy, cookies, halva several different kind, pastries, cakes... I would get something very simple but I liked to see that all as a symbol of the life in different world - of the world for people who could eat whatever they desire, who were wearing fancy outfits and would not notice me. 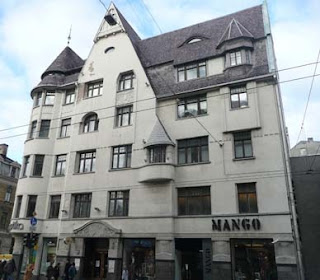 Riga is famous for its Jugendstyle (Art Nouveau) buildings. This one is particularly important as an example of national romanticism at the beginning of 20th century (architect Eizens Laube).
Couple more pictures from the same area for my friends who wanted to see the architecture in Riga. 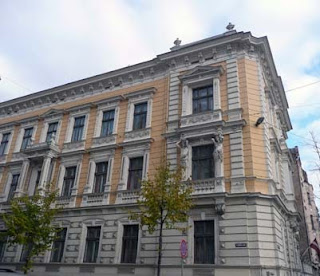 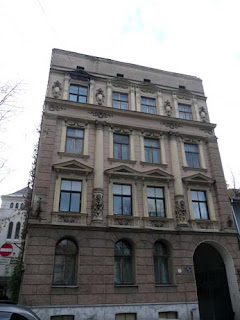 Posted by Daina Taimina at 5:31 PM 6 comments: Links to this post

I am in Riga, Latvia, enjoying some sunshine after rain, rain, rain....This morning I walked on a street where I grew up and will post pictures next time, but for now you can listen me talking with Samuel Hansen

Strongly Connected Components Episode 23: Daina Taimina
Posted by Daina Taimina at 8:41 AM No comments: Links to this post

In Ithaca geese were getting ready to fly away, so do I - first toWashington, DC, then to Latvia.
Sorry for beeing late posting photos - I was attending VIP event of opening Hyperbolic Crochet Coral Reef exhibit in Smithsonian Museum of Natural Historyon October14th on my way to Latvia where I am now for a month. The exhibit looks great - first thing you walk in is huge Smithsonian Community Reef which is displayed ver well. Other parts are placed around it and I am sure will be of great interest for visitors to explore.
studio360 had a nice piece on this event: Crochet, Geometry and Coral Reef 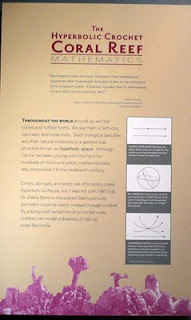 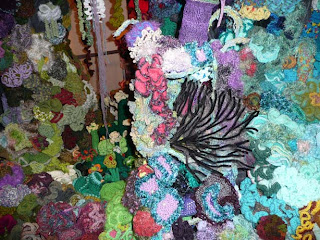 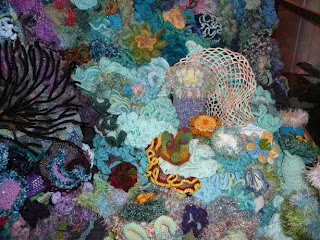 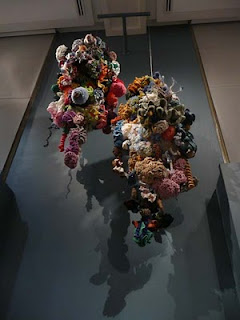 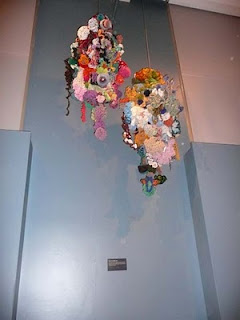 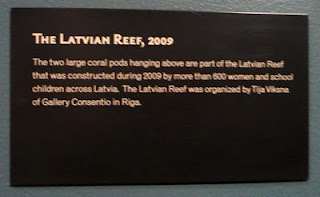 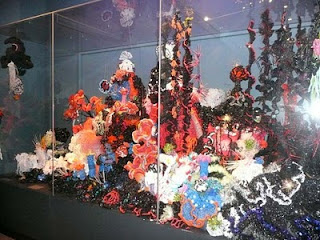 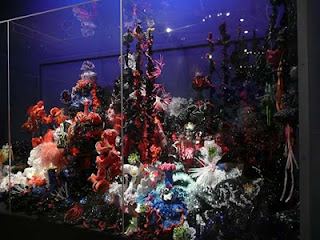 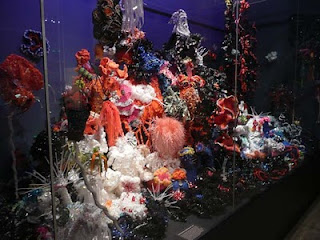 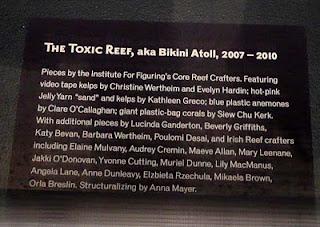 Posted by Daina Taimina at 6:13 PM No comments: Links to this post 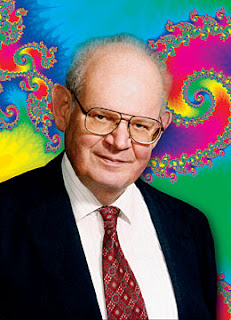 It is always sad when you travel, did not check any news for some days and then learn that some great person has died. It feels to me that Benoit Mandelbrot has joined his fractals - his ideas will keep dividing and spreading and making new appearances.
obituary in NY Times
and great interview with Paola Antonelli
Beauty from Anarchy - Mathew Santhosh in The Huffington Post
pictures from BBC News 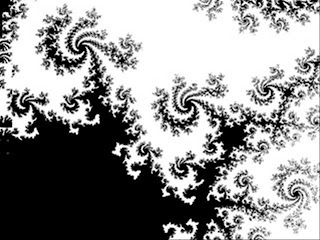 Posted by Daina Taimina at 5:34 PM 2 comments: Links to this post